May 2-5, 2022 marked the return of the Craft Brewer's Conference & Brew Expo America. This conference is America's largest Craft Brewing industry gathering and was held in Minneapolis, MN. The five day conference was filled, with networking, tours, seminars, book-signin 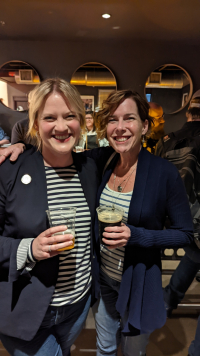 The conference culminated with the the Brewers Association World Beer Cup Awards Ceremony. To date, the 2022 World Beer Cup competition was the largest with 10,542 entries from 2,493 breweries representing 57 countries. At the conclusion of the awards ceremony, a total of 307 awards were presented, reflecting the opportunity for one gold, silver, and bronze award in each of 103 beer style categories.

“The World Beer Cup showcases the incredible breadth and talent of the global brewing community,” said Chris Swersey, competition director, World Beer Cup. “Winning an award at this extremely competitive event symbolizes one of the greatest accomplishments in the art of brewing. Congratulations to this year’s winners on their outstanding achievements.”

Among the winners were two Iowa breweries: Confluence Brewing Company and Big Grove Brewery. In addition to their World Beer Cup accolades, both of the winning Iowa breweries have earned the Iowa Green Beer Certification developed by the Iowa Waste Reduction Center.

Big Grove Brewery’s Iowa City facility, originally certified as a Gold brewery in 2018, has most recently achieved a Platinum level certification for their overall environmental commitment, focusing on solid waste management and energy efficiency. From the implementation of permeable pavers on their patio to installing an infuser in the brewhouse - Big Grove has taken significant steps in their sustainability journey to becoming one of only two Platinum level certified breweries.

Confluence Brewing Company of Des Moines, IA has earned a bronze level certification in part due to their high level of energy efficiency and use of the Brewers Association Sustainability Bench-marking Tool. Using this tool, Confluence analyzes their usage of natural resources in efforts to minimize consumption levels. The brewery has also put a strong focus on resource and solid waste management through the use of recyclable packaging and spent grain landfill diversion.

The Iowa Green Brewery Certification is a free service for all Iowa breweries that awards sustainable achievements at various levels; Bronze, Silver, Gold, and Platinum.  The points-based system scores each brewery’s sustainable practices and awards these achievements with a local press release, window clings and a certificate of achievement that promote positive public relations, bragging rights on social media about the breweries the IWRC works with, and continued support to help implement sustainable practices to increase scoring while decreasing negative impacts on the environment.

Make sure to visit these establishments and congratulate them on their award and their efforts to be responsible stewards of our environment. 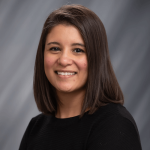 Molly Wells is the Communications & Public Relations Manager at the Iowa Waste Reduction Center charged with helping the IWRC staff, doing the "boots on the ground" work, enhance their efforts, tell their story, and elevate the IWRC as the "go-to resource" for waste reduction efforts."